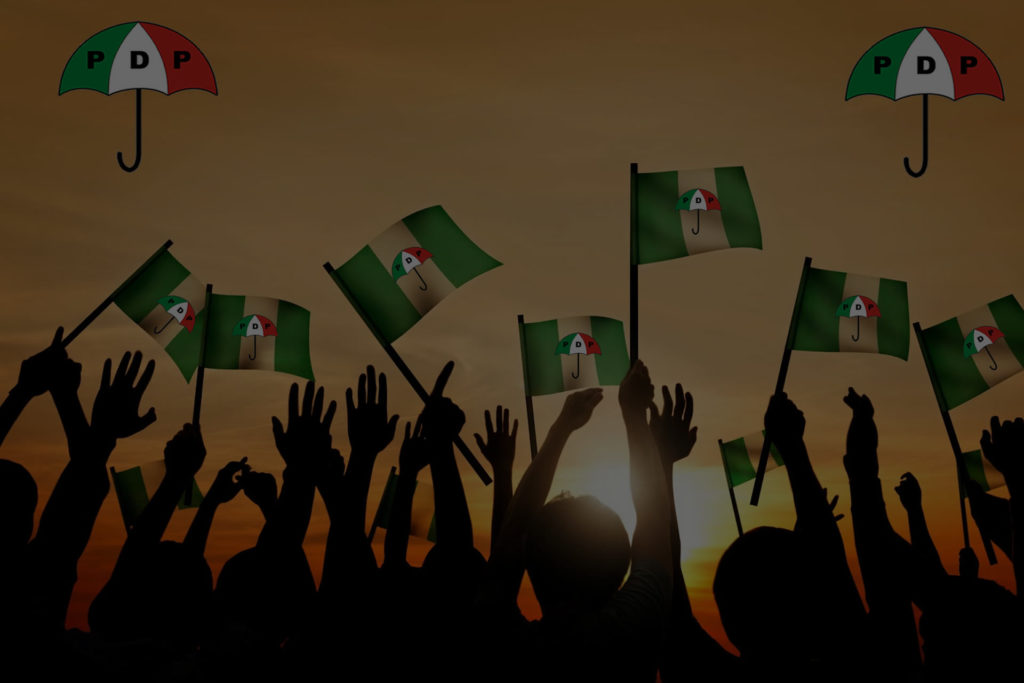 edopdporg June 19, 2018
BENIN – The human rights activist and Anti-corruption crusader Bishop (Dr.) Osadolor Anthony Ochei (JP) who took the Economic and Financial Crimes Commission (EFCC) to a Federal High Court in Abuja last week, compelling them to immediately commence investigation and prosecution of former governor of Edo state and currently the All Progressives Congress (APC) National Chairmanship aspirant Adams Oshiomhole for allegedly mismanaging state funds, on Sunday organised a press conference in Benin city, Edo state.
During the press conference, Bishop Ochei said as a citizen of the federal republic of Nigeria, he owes Edo people and Nigerians the responsibility to expose any corrupt public office holder which coincidentally forms the nucleus of President Muhammadu Buhari campaign mantra “Fighting Against Corruption”. Addressing newsmen, the Bishop said he possesses concrete evidence against former governor Adams Oshiomhole who he claimed mismanaged state funds.
He started by narrating how he wrote several petitions against Oshiomhole to EFCC with no response from the commission.
“On the 1st of October, 2016 i wrote a petition to EFCC which they received on the 4th of November, 2016 and thereafter did publications in some national dailies such as Daily Sun on the 7th day of November 2016 (2 full pages) to create awareness. I did another reminder to the EFCC on the 13th December, 2016 titled, Re:Petition To Investigate Serial Corruption Against Adams Oshiomhole. Which till now hasn’t been looked into by the commission”.
Bishop Ochei, said Adams Oshiomhole had boasted that he can’t be investigated by the EFCC because he is an APC member, giving an erroneous impression that the Chairman of the commission has been induced by him. He said Oshiomhole made this known at his send forth ceremony as Governor of Edo state organised at Auchi Polytechnic by his kinsmen.
Continuing, he said on the 5th of January, 2017 they (EFCC) acknowledged receiving his petition and later asked him to come with his evidence.
“I sent a “Ghana Must Go” Bag filled with evidences through DHL with the tracker number 6888917195 on the 12th of January, 2017 and was delivered to one Mr. David Tsamya on behalf of the commission at exactly 09:01am” he added.
Bishop Ochei said he made series of efforts to meet with the EFCC over the delay in commencing investigation which proved abortive. “I saw the deliberate silence from the commission as a ploy to sabotage the petition against a Top chieftain of the ruling APC, shielding him from investigation. Though i was never deterred, I visited the commission headquarters at intervals precisely 2 to 3 months to ascertain their level of investigation, all to no avail”.
I have consistently maintained that i have a lot of evidence to back up my allegations against Adams Oshiomhole who during his tenure as governor plunged the state into huge indebtedness which made Edo state the third (3rd) most indebted state according to Debt Management Office (DMO).
In addition, Bishop Ochei alleged Oshiomhole also perpetuated so many crimes bothering on corruption while turning the state into his private estate.
However, Bishop Ochei said after brainstorming with his colleagues in the civil society struggle, he decided to approach a Federal High Court in Abuja to file a Motion Exparte with suit number FHC/ABJ/CS/628/2018 and standing on Order 34 rule 1 & 3 of the FHC rule 2009 for an interim jurisdiction. Citing the EFCC 2004 Act in Section 6(b & h), 13(2), in statement pursuance to Order 47 rule 3 of the FHC procedure rule 2009 making references to the EFCC directing the commission to investigate my petition with 86 exhibits submitted.
“Sections 7 of the EFCC Act 2004 empowers them to investigate, thereafter the court will now sit to determine the credibility of my documentary evidences which is supported by both Vouchers and Approvals”, he affirmed.
Concluding, Bishop Ochei said he has no axe to grind with Adams Oshiomhole, stating that he isn’t a member of any political party but a human rights activist who is committed to sincerity and integrity with a mandate to redeem our nation from the claws of corruption which has shortchanged the lives of our youths who now roam the streets without hope.
0Shares
Uncategorized